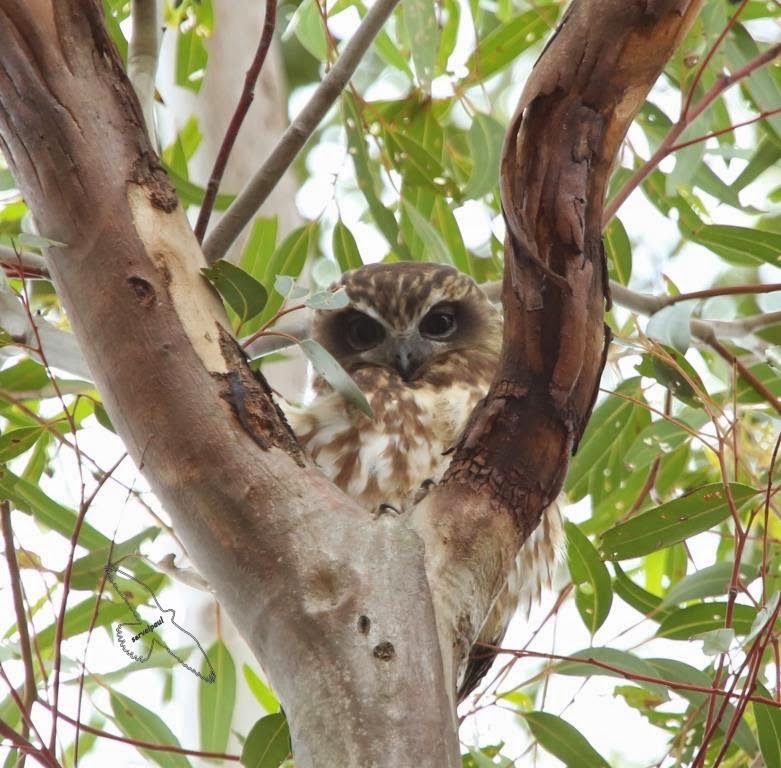 My Dad was a tracking instructor and he taught me many interesting things about wildlife and how to find it. Today however, things are a little different; just last week and ex-work colleague sent me a set of co-ordinates pin pointing the whereabouts of a family of Southern Boobook owls in the You Yangs Regional Park just west of Melbourne. The owls were no longer in the nest so there was no guarantee that they would still be there.

Having a glimmer of hope and time on my hands I set off armed with camera, smart phone and GPS. As my technological prowess is a little less advanced than some, I ambled around in circles for a while but before long aligned the dots on my screen and found myself under the very tree that my friend had been under just three days before. To my excitement when I looked up there were three little faces looking down at me, the modern day intruder armed with binoculars and camera, and yes, my tracking technology!

In addition to the owls my excursion got me into the bush where I could appreciate the beauty of creation and many other species. Some of these included Australia's smallest bird the Weebill, the largest, and the smallest Eagles in Australia: the Wedge-tailed and Little eagles. Take the time to get out. You never know what you might find!

Until next time
Paul
Posted by Chareen at 18:22